Posted by Mark Aubrey at 2:03 PM No comments:

Email ThisBlogThis!Share to TwitterShare to FacebookShare to Pinterest
Labels: 1899, 1945, The Sporting News


In the middle of WWII Grenier Field was an Army Air Corps training site. As at many other service bases the game of baseball was played. I'm not sure when teams became integrated for service teams, but in 1943 we can see that there was no color line in New Hampshire.
Posted by Mark Aubrey at 9:00 AM No comments:

Email ThisBlogThis!Share to TwitterShare to FacebookShare to Pinterest
Labels: 1943, The Afro American

Email ThisBlogThis!Share to TwitterShare to FacebookShare to Pinterest
Labels: 1918, The Washington Times

According to ancestry.com George Dewey Sinks was born on March 29, 1898.  He died not quite 20 years later as part of the Navy.   I have found nothing else to tell the rest of the story.

Posted by Mark Aubrey at 9:47 AM No comments:

I recently came across an interesting town in Kansas. Nicodemus is the name.

The National Park Service says this about the town:


Former enslaved African Americans left Kentucky in organized colonies at the end of the of post-Civil War Reconstruction period to experience freedom on the free soils of Kansas. Nicodemus represents the involvement of African Americans in the western expansion and settlement of the Great Plains. It is the oldest and only remaining all Black Town west of the Mississippi River.

I have culled some names out of an index that I found at the Family Search site.  The actual document that I used is The Indexes to three newspapers of  Nicodemus, Graham County, Kansas 1886-1888 compiled by Robert A. Hodge of Emporia, Kansas.

I've clipped a few pages from a document, Promised Land on the Solomon: Black Settlement at Nicodemus, Kansas, found on the National Park Service site. 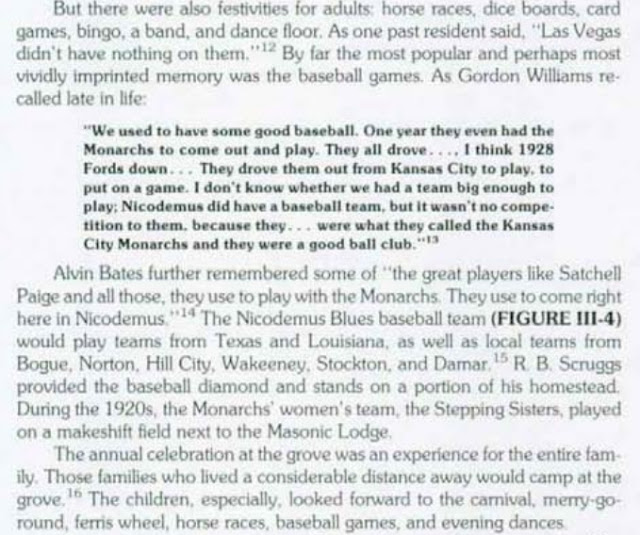 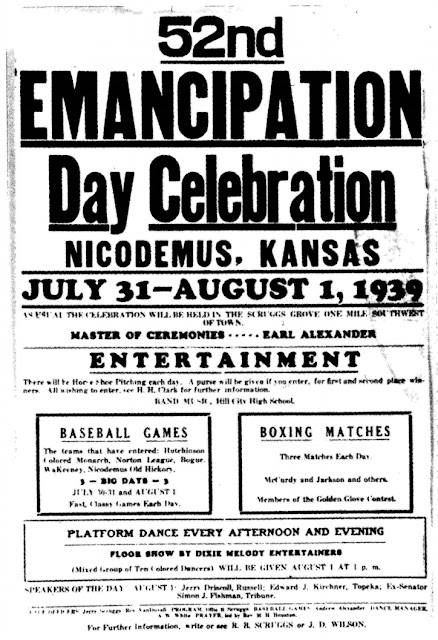 For more info on the town, visit the Kansas Historical Society's kansapedia entry on Nicodemus.
Posted by Mark Aubrey at 5:17 PM No comments: