According to Baseball-Reference.com, Herbert T. "Hub" McGavock played for the Indianapolis Jewell's ABCs in 1919, for the 1920 Nashville Giants, and finally for the 1921 Montgomery Grey Sox.

Several years before that he played for the Black Sox of the Capital City League in Nashville, Tennessee.

I haven't done much research, but it appears the Capital City League was formed around 1913 and carried the name through at least 1919.

The first I find of Herbert McGavock in the newspapers is as a player for the Black Sox.


He shows up again about four years later, still playing for the Black Sox. 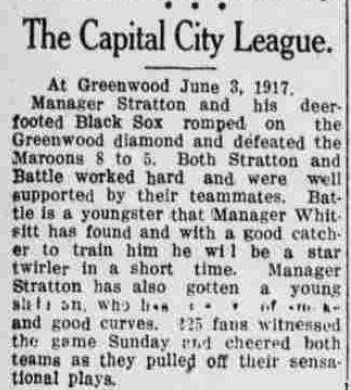 Huzzah, the Globe has included a photo of Hub.


It seems that not soon after that Uncle Sam came calling and Herbert T. McGavock registered for the Draft.


He was assigned to Camp Greene in North Carolina to be a butcher.

After his stint in the Army he went back to baseball.  The following (from GenealogyBank.com) shows him in the outfield with Turkey Stearnes. 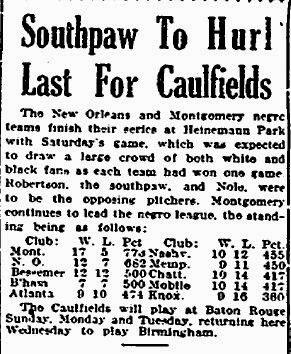 As usual, I'm sure that there is more research to be done on Herbert T. "Hub" McGavock, both about his personal life and his baseball exploits.

More information on the Capital City League of Nashville can be found in the Nashville Globe from the Library of Congress' Chronicling America site.
Posted by Mark Aubrey at 1:56 PM No comments:

Pitchers and Catchers Report.  After a long, cold winter, these are the words that baseball fans like to hear.

Last evening on Twitter @SABR retweeted @mighty_flynn's tweet on an early use of the term "pitchers and catcher(s) report".

Baseball in old newspapers. That caught my eye.  The link led to a clipping from Newspapers.com which I've copied below.


@mighty_flynn is T.S. Flynn, Social Media Director for the Halsey Hall Chapter of SABR, one of the more active chapters.  T.S. did a nice job qualifying his tweet.  It was earliest instance of the phrase that he had found.  Not the definitive "it is the earliest instance".

He used one set of tools, I thought I should use a another set and see if I could get a different result.  I turned to GenealogyBank.com and found the following from a few years earlier.


There might even be an earlier mention of the phrase.  I didn't find one over at Chronicling America.

Is this important?  Sure, on some level.  But what I got out of this is a new (to me) baseball researcher that I can learn from and perhaps call on in the future.  Thanks, T.S.

In honor of Groundhog Day, let's see some articles about Shadow Ball.

I found my first reference to Shadow Ball in an article about the tour of Japan in late 1913.


The practice carried on for several decades.


It wasn't just confined to baseball, but softball got in the act.

And not just pantomiming having a ball, but some were led to believe that special glowing equipment would be used.

Not so, as it turns out. 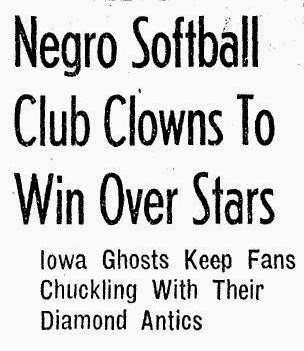