Two years ago I posted about ABC's suggestion to cut the MLB season to 60 games for the 1965 season.  This week that story got picked up by Chuck Hildebrandt from SABR Media.  Then Rob Neyer, from FOXSports, picked up Chuck's posting.

There had to be more to the original story, though.  What was the reaction?  A bit of research shows that not everyone was in favor of it.

It wasn't just sports writers.  Joseph A.W. Iglehart, chairman of the board of the Baltimore Orioles, had some pointed words about being in the cellar.

By the end of October that year Francis Stann seems to be softening up his stance a bit, mostly in light of possible expansion teams joining the league.


His earlier statements of G-R-E-E-D by the TV executives seems to be on point as we see that in December a new television contract has been awarded.

I'm guessing all involved were much happier then.


images from GenealogyBank.com
Posted by Mark Aubrey at 2:41 PM No comments: 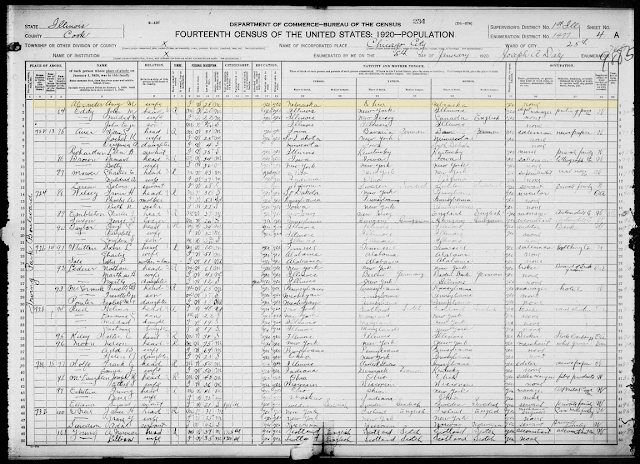 1867 was a tough year for two Tennessee teams. The Nashville Base Ball Club and the Stonewall Jackson Base Ball Club of Memphis both lost players to death within a few months of each other.  Not on the field of play, but both were missed by their clubs.

Due to the blurred images I've transcribed the articles.


Tribute of Respect.
At a call meeting of the Nashville Base Ball Club, held to-day (May 9, 1867,) the following preamble and resolutions were adopted and approved:
It having pleased the Divine Ruler to remove suddenly from action and healthful life to the realms of death our companion and friend, JAS. MCGUIRE, late a worthy and esteemed member of the Nashville Base Ball Club.  Therefore, we the members of the club do
Resolve, That in this dispensation we have sustained the loss of a cherished companion and friend, whose good conduct and spotless character were an ornament to the social circle, and gave promise of a live of usefulness as a citizen.
Resolved, That during the present base ball season, at all matches in which this club may be a part, the members wear the usual badge of mourning.
Resolved, That to the immediate relatives of deceased we tender our sincere condolence and sympathy, and that his family be furnished with a certified copy of these resolutions by the Secretary.
M. J. MCKEE, Sec'y.
JAS. BONER, Ch'n.
WM. MOORE,
JAS. DOHERTY,
Committee.

Then a few months later in Memphis...

TRIBUTE OF RESPECT. - At the last meeting of Stonewall Jackson Base Ball Club the following resolutions were passed relative to the death of John Cass, a member of the club:
WHEREAS, It has pleased Almighty God, in His Allwise providence, to take hence our esteemed and beloved brother, John Cass.  We, as a token of regard to his memory and condolence with his loved parents, have unanimously
Resolved, That in the decease of John Cass the fraternity has lost one of its strongest advocates, his acquaintances a friend who will always be missed, whether at the festal board, on the play ground, or in the meeting room, and his relatives a dutiful son, a loving brother and a kind hearted protector.
Resolved, That in his removal from earth there is left in our midst a void that cannot be filled, while the memory of his kindness and charities remain in our midst, or while a member of the fraternity exists.
Resolved, That a copy of these resolutions be sent to his parents and also be published in the Memphis LEDGER.
Resolved, That the said members of the Stonewall Jackson Base Ball Club of Memphis wear crape for twenty days in respect of their late brother John Cass, and not to participate in any games of ball.
Signed by the members of the Stonewall Jackson Base Ball Club.


The interesting thing is that both clubs added an item to their clothing.  The Nashville BBC wore "the usual badge of mourning" in their club's games.  The Stonewall Jackson BBC wore "crape for twenty days".

I assume that the "usual badge of mourning" was some sort of crape of black cloth probably worn on the sleeve.

In 1973 Pittsburgh Pirates wore a memorial patch in honor of Roberto Clemente, who died at the end of 1972.  It is not uncommon now to see teams honoring deceased owners, players, or broadcasters with a patch or a decal in many sports.

Could the Nashville BBC have been one of the first teams to honor a fallen teammate?

Paul Lukas, of the fantastic site Uni Watch, posted an article titled Remembering fallen friends through uniforms at ESPN.com in January of 2008.  In it he mentions Tom Shieber, Baseball Hall of Fame historian, who said that:


the first memorial to appear on a big league uniform was in 1876, when the St. Louis nine wore a "badge of mourning" (likely black crepe) in memory of former teammate Tom Miller, who'd died of a kidney ailment.

A quick search through Chronicling America and GenealogyBank.com provided nothing.  The Baseball Hall of Fame has a lot of info on Patches and Armbands (as part of their Dressed to the Nines on-line exhibit) which mentions the St. Louis team honoring their former teammate.

It wasn't until I peeked inside of A Game of Inches by Peter Morris that I got a good reference on the 1876 story.  In chapter 10 he discusses armbands.  The story was to be found in the June 10, 1876 edition of the New York Clipper.


I won't transcribe the whole article, but just the last paragraph.


Resolved, That we, his late associates, wear a badge of mourning for thirty days as a token of respect for his memory; that the secretary forward a copy of these resolutions to the family of the deceased.

They might not have been the first team to do so, but it is possible that the Nashville club was a trailblazer in remembering a friend and teammate.

The city of Dubuque, Iowa has a long history with the game of baseball.

But I found this article to add to it.


I'd put this one in the same category as Baseball on Ice.


image from Chronicling America
Posted by Mark Aubrey at 1:48 PM No comments: